my playm8 and  I are off to another swingers party this weekend filled with couples we know and many we don’t. So how do we know a swinger’s party will be worth the trip  will be anyone there we want to fuck? We don’t know

Vanilla couples may never completely understand swinging. The lifestyle is based on looks, confidence, and sexual prowess. You can be a perfectly nice person, and even attractive, but that doesn’t mean I want to have sex with you just because I arrive at a swinger’s party with a choker that reads, “I love pussy.” Swinger parties or clubs are similar to regular bars on Saturday nights: They’re meat markets, except for married folks.

Like a normal party for a single person, the potential looks, shape, confidence, and sexuality of sex partners who may be at the party keep me excited about going. The problem is that it’s impossible to call dibs on potential hotties, and the likelihood that there will be a buffet of people I want to sleep with is slim. Swingers are on an equal playing field in this respect. Ms. Seasoned Swinger can’t call dibs on the only Tall Dark and Handsome man at the party, thus leaving hottie Soccer Mom stuck with some newbie couple who isn’t ready to do anything but cause drama which is only exacerbated by Soccer Mom’s copious amount of alcohol consumption. No. At a swinger’s party, it is every man, woman, and dildo for herself.

Attending swinger events is always hit or miss. You can drive 30 minutes to find a private club full of hotties or people who don’t spark even the smallest crotch fire in your pants. Again, it’s much like going to a regular singles bar in this respect. The entrance into most private clubs is quite expensive, usually somewhere between $50 and $100, partly because your chances of getting laid with a stranger are much higher than at a regular bar with a £5  cover. I love my wife, but we can have sex for free at home. If we drive an hour away, pay a high admission price, we want to have sex with someone different. After all, that’s the point of swinging.

The best resolution to this continual dilemma is to plan to meet a couple at a party or club. This doesn’t ensure a good time, but it certainly increases your chances!

Members of the Duncanville City Council decided unanimously to ban all sex clubs within the city limits on Tuesday night, after learning dozens of people were meeting as part of a swingers club called “The Cherry Pit” in a private home. FOX 4’s Jeff Crilley reports on the heated debate. 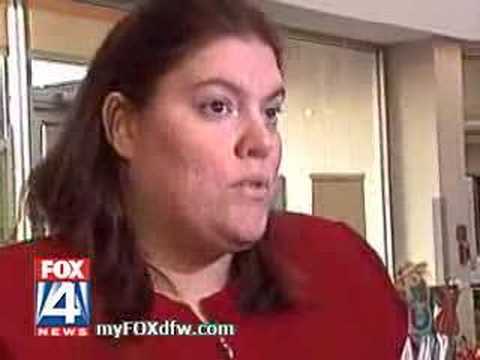 Well for the locals who view this site.Lets see what we can find going on locally.Fir a start we have a nice venuse that holds parties.I have not had the pleasure of attending yet but Devious Liasions has had nothing but Rave reviews.Also If you look on sites like Fab Swingers at the events section you will often find local parties, gangbangs and other assorted fun

We’ve never been to a party before, what happens?
Well from past experience we know that new people can find the idea of a party quite daunting, so lets sort out the two biggest misconceptions
1 – You will not come into a party to be greeted by the sight of dozens of naked people on the hall floor and using the stairs as a form of sex-aid! Most parties tend to have people using one area of the house as a chill out zone, chatting, music and relaxing, the playing ( which you don’t have to join in with if you don’t want to ) is on the whole in the bedrooms and not in your face.
2 – You choose to play or not play as you wish, and you choose who to play with if you decide to. You may be asked if you would like to play, but a polite “No thank-you” will always be respected. You may also ask others, if you are polite and friendly you might just succeed!(Remember Safe Sex)
3 – Just as you would not expect others to join you uninvited while you play, please don’t try to join in unless you have been invited to!

So site back  soak up the scene and enjoy yourself. Mosty parties in a privat house are like most house parties. Bring a bottle with you and plenty of condoms. Also for the ladies  you can take your party clothes wiht you and get changed at the party.Which is better than walking down the street in high heels and stockings

Expand all | Collapse all